Hello, everyone! Happy 4th of July! Unless you live in the other 194 countries of the world, where it’s just normal 4th of July. Count yourself lucky that your national independence day celebrations haven’t degenerated into hours of military spectacle and nonsensical shouting. I get that Independence Day in the United States is an inherently political holiday, but I think the majority of the country would prefer to munch on hot dogs and watch fireworks, not listen to an evil ugly man spew hate against half the country.

Anyway, June was a pretty good month for reading. I’m guilty of spending half of it re-reading a series, but I enjoyed it, so don’t @ me. Add a fluffy Lauren Weisberger beach novel and a haunting crime novel and you end up with a well-rounded, if uneventful month. At least I didn’t ruin 4th of July, okay?!

Quick Synopsis: The trilogy follows Nick Young, heir to one of Singapore’s greatest fortunes, and Rachel Chu, a NYU economic professor, as they struggle to stay together  against the wishes of Nick’s classist family. A satirical and modern spin on Pride and Prejudice set in the world of the impossibly wealthy Singaporean nouveau riche and their impossibly ridiculous problems.

My take: I love this trilogy. Kwan’s prose is clever and snarky, but he never forgets to empathize with his unrelatable rich protagonists. Kwan knows that the average reader will find it difficult to care about the “rich people problems” that make up the majority of his story, which is why he fills his novels with classic  archetypes. Nick is a Charles Bingley type, Rachel an Elizabeth Bennett, Astrid a smarter, more powerful Daisy Buchanan, and Eleanor is a matriarch who appears like Lady Catherine de Bourgh, but has a hidden gentleness. The constant materialism can be grating, and Kwan’s dialogue can come across as stiff, but overall the trilogy reads like a romp through a fantasy world. Instead of elves and wizards, we get billion dollar heiresses and the Sulatana of Perawak. Like all novels that satirize the wealthy, Kwan uses the folly of his characters to show us plebians the consequences of too much wealth. But even as he’s chastising their excess, he can’t help but admire it. As the Spike Milligan quote goes: “Money can’t buy you happiness, but it does bring you a more pleasant form of misery.”

To read or not to read? Definitely read it. And order some Singaporean food, stat! Reading these books without a bowl of noodles by your side is torture.

When Life Gives You Lululemons by Lauren Weisberger 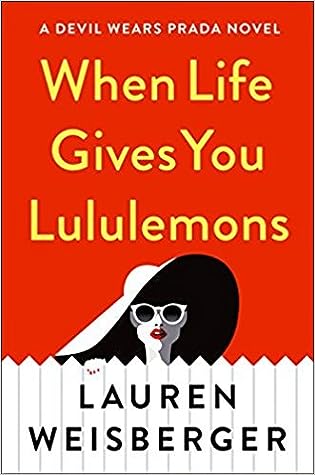 Quick Synopsis: Miranda Priestly’s ex-assistant Emily Charlton has a thriving business as a celebrity publicist until one bad interaction with a client starts to push her off the scene. Desperate to recuperate, Emily takes some time off with her best friend Miriam, a high-powered attorney turned stay-at-home-mom who now lives in a ritzy area of Connecticut. Miriam convinces Emily to lend her PR services to their friend Karolina, a famous model and Senator’s wife who is being blacklisted in the press by her divorce-hungry husband. Together the women navigate the perilous world of the rich and famous, all while trying to keep their own lives in check.

My take: I don’t want to write this book off as vacuous chick-lit because that’s offensive to all women’s literature. However, I did find the stories in this novel to be inconsequential and the main character’s perspectives out of touch. There’s something so demoralizing about reading about successful powerful women who still spend most of their time calling each other bitches, insulting each other’s weight/appearance/style, and worrying about satisfying their husband’s sex drive. Like…ugh. Was this book written in 2018 or 2003? The difference between how Lauren Weisberger portrays obscene wealth in this novel and how Kevin Kwan portrays it in his novels highlight this novel’s problems. For one, Weisberger hardly seems to comment on or satirize the wealth in this novel. None of the characters have any self-awareness about the absurdity of purchasing an $8000 cashmere throw blanket or spending thousands of dollars on American Girl Doll clothing. Compare that to Kwan, who annotates his lavish chronicles with snarky quips about his characters’s spending habits. Second, the female relationships in this novel are incredibly toxic. Grown women who are friends with each other do not call each other bitches and constantly criticize each other.  I get that Emily is supposed to be superficial and snarky, but Weisberger writes her personality as something to celebrate. Excuse me if I’m not thrilled about a female writer that still promotes the sexist idea that all female revolve around backstabbing and underhanded insults. In contrast, Kwan’s  trilogy has many superficial and critical female characters in his novels, but he also has strong relationships between female characters, like Rachel’s friendships with Peik Lin and Astrid. Third, the arcs in this novel failed to really move me. I sympathize with a woman trying to save her career, a mom bored by the loss of her work, or a woman being blackmailed by her husband, but somehow, these women’s immense wealth and privilege made that all seem inconsequential. I knew they would be fine, and ultimately I didn’t care what happened to them. It seems to me like Weisberger hasn’t really evolved since writing The Devil Wears Prada (and the movie was way better, btw), so I doubt I’ll be reading any of her future novels.

To read or not to read? It’s a passable way to spend your time, but it doesn’t bring anything new to the table. If I want to read about out-of-touch rich people, I’d much rather read a novel that satirizes them, not one that treats their lifestyles as commonplace.

The Child Finder by Rene Denfeld 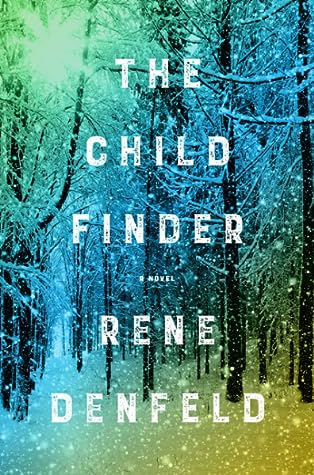 Quick Synopsis: Private investigator Naomi Cottle has spent her whole adult life searching for lost children. Her obsession with locating the missing stems from her own abduction, a time of terror that is locked in her murky memories. When Naomi is hired to find Madison Culver, a five-year-old girl gone missing in the vast forests of Oregon, Naomi must confront the horrors of her forgotten past.

My take: Last post I said I don’t like reading books about missing children, yet here we are again. This one didn’t traumatize me too horribly. It’s a pretty simple story, predictable even, but strengthened by Denfeld’s quiet, moving prose. She keeps her protagonist, Naomi, at a distance, but that doesn’t prevent the reader from sensing her deep trauma. Written like a fairy tale, Denfeld’s characters read like vague sketches, but each one is infused with deep emotion. Even the antagonist in the story is given the unbiased opportunity to reveal his hurt and fear. Ultimately, the novel is a meditation on the cycle of trauma. Can a woman abducted as a child ever outgrow her need to escape? Can a child rebuilt in the image of her abuser ever leave her creator? Can a man raised in bloodshed prevent himself from shedding more?

To read or not to read? This book didn’t “wow” me like some other crime novels I’ve read, but I’m intrigued by Denfeld’s style and interested in reading the sequel. Definitely give it a look.