Hello, everyone! A relaxing, uneventful July has driven me to read 3 books in the past 4 weeks, which is almost on par with the reading pace from my days as a socially-awkward middle schooler. The selection this month includes one somber Norwegian crime novel, one time jumping story of historical China, and one 2000s New York “girl power” beach read. So which books should you rush to read next? Here are my thoughts:

The Thirst by Jo Nesbo

Quick Summary: Dark and depressing is Jo Nesbo’s forte, and he pulls no punches with The Thirst, thrusting readers immediately into a gory case involving a “vampirist” who drinks the blood of female Tinder users.  Melancholy Detective Harry Hole has left Oslo’s Crime Squad to become a lecturer at Police College and focus on family life with his wife Rakel and adopted son Oleg. But when corrupt Police Chief Mikael Bellman threatens Oleg, Harry is forced to rejoin the force and work with his old team to solve the case.

My thoughts: The Harry Hole novels are all rather difficult to keep track of. The villains are indistinguishably depraved and Harry’s familial and personal conflicts follow the same beats in every novel. Nevertheless, Hole is a funny, cynical character and his relationship with his fellow detectives are amusing to read. The Thirst wasn’t my favorite of Nesbo’s novels because I found the English translation clunky and at times, unprofessionally done (i.e spelling mistakes, inconsistent grammar). Translating a novel is an art form, and while Nesbo’s previous translators have done a good job capturing his wit, translator Neil Smith doesn’t manage to make Nesbo’s voice shine. Since I already find the Norwegian names, places, and the entirety of the Harry Hole saga timeline to be confusing, I needed a capable translation to help me along and The Thirst just doesn’t satisfy that need. I feel like I can’t adequately judge the book because the translation left me so cold, so if you can read Norwegian, take my comments with a grain of salt.

To read or not to read? If you’re already a fan of Jo Nesbo, it’s a fun and comfortable read. But I wouldn’t use The Thirst as an introduction to the author. It’s not his best work and might be confusing enough to put you off of his books for good.

The Bonesetter’s Daughter by Amy Tan

Quick Summary: Ruth lives a comfortable, unexceptional life as a ghostwriter in L.A with her longtime partner and his children. When Ruth’s mother, Lu Ling, a Chinese immigrant, seems to becoming  demented, Ruth abandons her life to take care of her mother, with whom she’s always had a strained relationship. Ruth’s desire to be a “normal” Chinese-American has always clashed with her mother’s insistence to follow Chinese traditions and her belief in a curse caused by her dead Precious Auntie. While taking care of her mother, Ruth stumbles upon her mother’s memoirs and reads them. The reveal of Lu Ling’s tragic, untold past forces Ruth to understand her mother in a way she’s never tried before, and connects her to her past in a way she never thought possible.

My thoughts: My feelings about The Bonesetter’s Daughter are similar to my feelings about The Thirst: if you’re already a fan of Tan’s work, you’ll enjoy this novel, but don’t let it be your first foray into her oeuvre. I’d already read The Kitchen God’s Wife, so I’m familiar with Tan’s method of using the character of a modern Chinese-American daughter as a bridge into the past life of her Chinese immigrant mother. Tan’s prose is evocative, emotional, and beautiful to read. I’m obsessed with historical fiction set in China, so I lapped up the parts of the novel that were set in the early 1900s. My problem with this novel was that while I loved Lu Ling’s story, especially where it concerned her relationship with Precious Auntie, I found Ruth’s interwoven story to be mundane and boring. I just didn’t care about her relationship with her partner Art or if she was too complacent in her career. The book felt more anecdotal than novelistic. There wasn’t an absorbing plot and it ended with a whimper, not a bang. Compared to The Kitchen God’s Wife, I didn’t walk away from the novel with a sense that I had learned anything important from these characters, or that the book had given me anything more than a pleasant diversion. For other authors that’s not a big deal, but for Tan, who I feel has a track record of of writing “important” novels, The Bonesetter’s Daughter felt trivial.

To read or not to read? Read it, but don’t expect it to blow your mind like her other books. 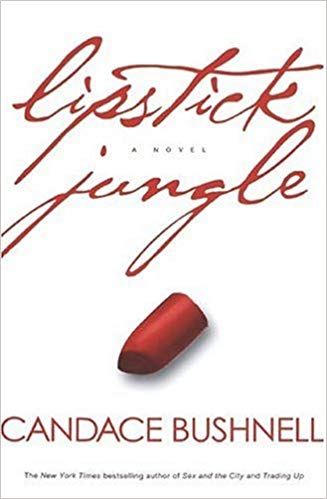 Quick Summary: Speaking of trivial, the characters in this book have some of the stupidest “problems” I have ever had the pleasure of reading. The novel follows the lives of three of the most powerful women in New York: Wendy Healy, president of Parador Pictures, Nico O’Neilly, editor-in-chief of Bonfire Magazine, and Victory Ford, the biggest thing in fashion. Wendy is struggling through a divorce with her leech of a husband, Nico aspires to be CEO of her company while balancing an affair with a male model, and Victory wants to take her fashion label to the next level. Other problems include choosing between $100,000 necklaces, whether or not to spend $50,000 on a pony and whether you can date a man with too much money. So yeah, it’s definitely a relatable read.

My thoughts: This is a vapid, trashy novel, but damn if I didn’t love every second of it. It’s fun to read about these women’s insignificant rich people problems and watch them pretend like they’re world-ending. The dialogue is pretty silly, and the 2005 texting lingo is embarrassing, but Bushnell does have her finger on one of America’s most important issues, i.e whether or not it’s possible for women to “have it all.” This book says yes, and it’s inspiring to read a story of three women who are conquering the world with no fear about their personal lives. Whether or not Bushnell’s idealism can become reality remains to be seen, but why not escape into her fantasy, and pretend it’s already true?

To read or not to read? Read it! What else do you have to do today besides read about a rich white woman complaining about her $500 haircut?